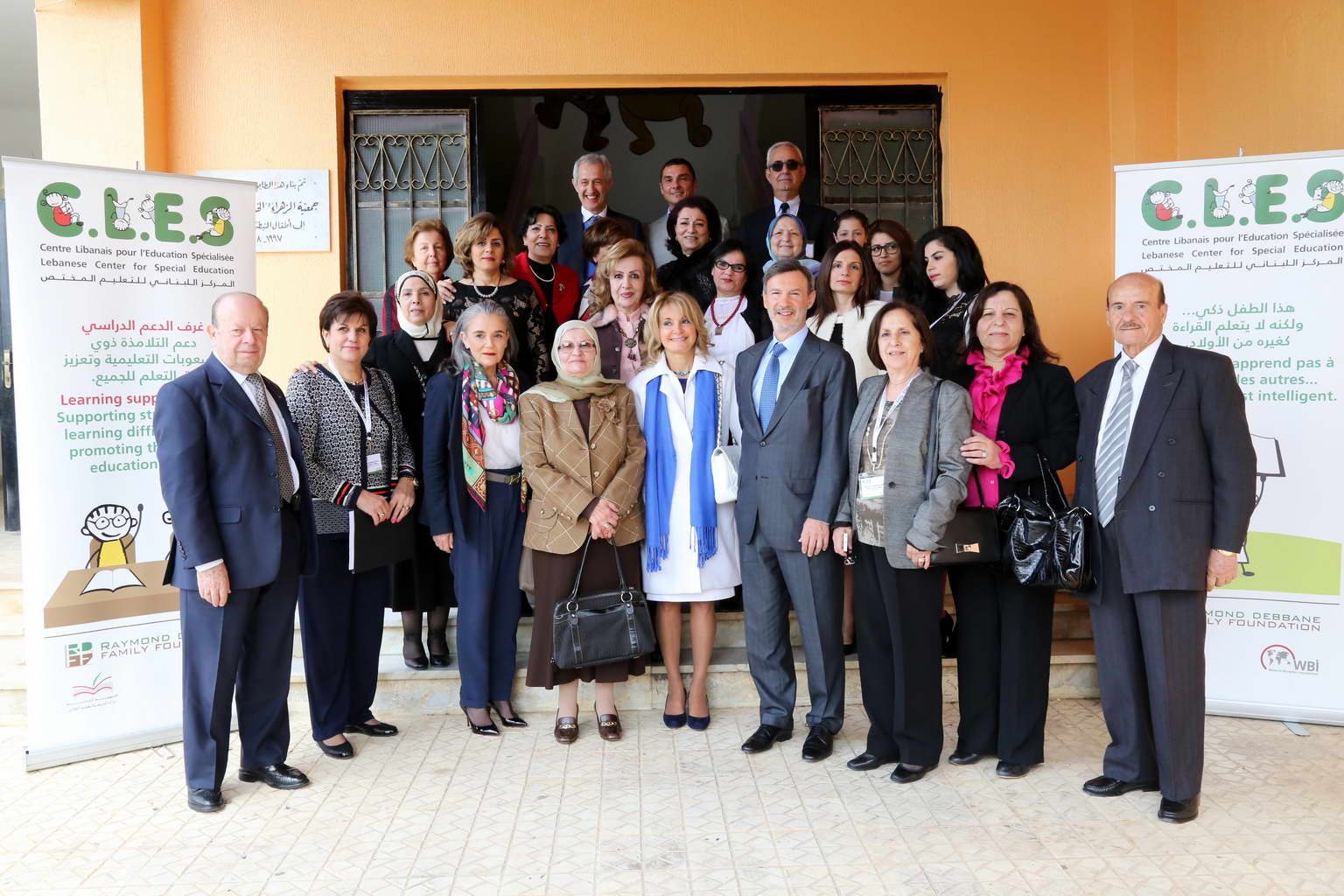 CLES (the Lebanese Center for Special Education) opened a new center in Kfarjoz (Nabatieh) on  Thursday, April 2, 2015 in the presence of His Excellency the Ambassador of Switzerland, Mr. François Barras, and of CLES President and founder, Mrs. Carmen Chahine Debbane,  in collaboration with the Association « Jam3iyet takadom al mar2a ». This is the sixth CLES center following the ones in Beirut, Saida, Tripoli, Zahle and Zouk Mikayel.

The ceremony was attended by representatives from the schools in the region, journalists and prominent residents of Kfarjoz and neighboring villages.

In her opening speech, Mrs. Salma Ali Ahmad Ibrahim, President of the Association « Jam3iyet takadom al mar2a », welcomed the Ambassador of Switzerland in Lebanon, Mr. François Barras, and the audience. She described Nabatieh, the native land of the scientist and inventor Hassan Kamel El Sabbah, as the city of science and knowledge. Then, she traced the itinerary of the Association since its inception in 1970 to date. With the support of CLES President, Mrs. Carmen Chahine Debbane, and in collaboration with a large team, the Association is now taking part in the opening of a sixth CLES center which will help children with learning difficulties.

Mrs. Carmen Chahine Debbane then described this collaboration and the importance of the work achieved by the CLES team, jointly with the Association « Jam3iyet takadom al mar2a » and a group of experts, in order to open this new center which will provide, along with the other CLES centers and the learning support classes organized by CLES, a diagnosis and  free follow-up after class sessions for children with learning difficulties, allowing them to better perform in their normal schools environment.. She thanked her husband, Mr. Raymond Debbane, for his continuous support for CLES, and the Ambassador of Switzerland, Mr. François Barras, for attending the ceremony and for his encouragement.

The Ambassador of Switzerland in Lebanon, Mr. François Barras, drew attention to the importance of CLES which gives marginalized and neglected children the opportunity to continue their education properly. He emphasized the assistance provided by the Embassy of Switzerland and his own personal support to any educational and cultural project given its importance for society.